Earnings-related pensions as an element of social insurance

Social insurance is the statutory and compulsory insurance provided by the public authorities against social risks, such as old age, illness or accidents at work, disability, unemployment, or the death of the family’s breadwinner. It consists of sickness, unemployment, accident and pension insurance as well as group life insurance for employees.

Social insurance is mainly financed by collecting insurance premiums from the insured or their employers. This is in contrast to the last-resort social assistance and social benefits, which are covered by tax revenue.

In Finland, pensions are mainly a benefit included in social insurance. They consist of two statutory elements: earnings-related pension, determined on the basis of earnings over the whole career; and a residence-based national pension independent of the person’s career.

Pensions can also be paid on the basis of the Workers’ Compensation Act, the Occupational Diseases Act and the Military Injuries Act, as well as motor liability insurance and accident insurance.

A pensioner’s income in various countries typically consists of several sources. The basic pension is often supplemented by labour-market-based supplementary pensions paid by a particular sector or employer. These are often based on agreements between trade unions and employers. The Finnish practice of offering the total pension from a single scheme is exceptional from an international perspective.

Earnings-related pension as the primary benefit

The rules for determining the benefits of public and private sector employees have been almost identical since the pension reform of 2005, which simplified the pension system significantly.

This change has naturally contributed to a decrease in the number of Kela’s pensioners. In addition, longer careers and higher wages have led to a situation where, on average, when they begin, earnings-related pensions are higher than before. Thus there is less demand for pensions paid by Kela.

The latest statistics pertain to the year 2021. At that time, pension expenditure totalled EUR 33.9 billion, broken down as follows:

At the end of 2021, a total of approximately 1,540,000 people received a career-based pension, i.e. old-age or disability pension: 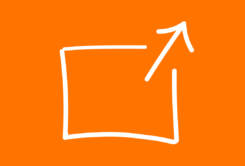 Kela: National pensions (you are being transferred to another service)

Kela: Guarantee pension (you are being transferred to another service)