“The outlook for funding earnings-related pensions is stable far into the future. In consequence, we have plenty of time right now to consider and prepare reforms to the pension system in a durable and responsible manner. This time must also be used wisely,” says Siimes.

A model from Sweden or help from increased pre-funding?

Andersen’s report highlights the so-called automatic adjustment mechanisms. The best-known solution, already implemented in several countries, is to link the retirement age to life expectancy because people live longer and pensions are paid for an ever longer time. This solution was adopted in Finland in the pension reform of 2017, while the life expectancy coefficient was already introduced in the pension reform of 2005. Andersen’s message is that alone they are not enough in the long run.

According to Andersen, one possibility is an automatic balancing mechanism that ensures the financial sustainability of the pension system, as in Sweden, where earnings-related pension provision is in part flexible, depending on the financial status of the pensions. Both the pensions in payment and accrued pension rights can be cut. The instrument used is the pension index. Andersen notes that the flexibility of contributions is also possible as part of stabilization. According to Siimes, the latter has received surprisingly little visibility in Finland.

In her view, assessment of automatic stabilizers must take account of the differences in the structure of pension provision in various countries.

“In Sweden, the automatic adjustment mechanism only applies to a part of the total pension provision. In Finland, earnings-related pension is the principal system for income during retirement years. Therefore, ‘automatic fluctuation’ of the level of the earnings-related pension would easily cause more problems here than in our neighbouring country. It would reduce people’s possibilities to anticipate their income and would increase pressure among minimum pensions,” says Siimes.

“Automatic stabilizers have not eliminated the need for political decisions in Sweden, either. The effects of the mechanism have been mitigated or even completely eliminated through tax changes,” Siimes states. This has occurred despite the fact that stabilized pension forms only part of the total pension provision in Sweden.

“It is also noteworthy that decision-making on pensions in Finland is decentralized between the social partners and the parliamentary system. Political power has historically been, and is, greater in Sweden. It would be a major value selection to end up in the same situation in Finland as well,” Siimes points out.

“One way of solving the problem of low birth rates would be to strengthen pre-funding, an idea also supported by Andersen. I would have wanted to see a broader analysis of this alternative to automatic stabilization in the report,” Siimes says.

One of Andersen’s key messages is that the functioning of the mechanism governing the relationship between funding and investment in the private sector of the Finnish earnings-related pension system should be assessed critically.

“It’s quite true that, over time, this mechanism has become a multilayer structure only a few understand completely. This may lead pension providers to an inappropriate relationship between risk-taking and risk avoidance, and may be seen, for example, in high investment costs,” says Siimes.

“Although Andersen does not directly propose a complete overhaul of the mechanism, such an option should not be ruled out for long-term and responsible development of the pension system,” Siimes sums up. 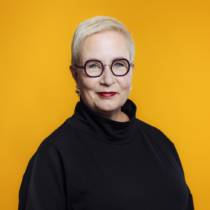